"What Have You Done For Me Lately?"

First, there's "Head Games." This is the first of many (I hope) titles that I will be making available through Amazon. For now, it's electronic only because it's easier to format and setup. My hope over time is to offer a mix of short stories, novelettes and novels in both print and electronic eBook formats.

As my second step towards that goal, I'm going to be putting out a short story. I have four done with a fifth very close to completion. Three of the four completed stories and the one that is close to being done are part of a four story series. They are about ten pages long in my preferred format for writing, so all of them would be available on Amazon for $2.99. For now, the tentative plan is to put one of these out a month over the summer. I'm looking for cover art with the hope of putting the story up the weekend of June 1st.

I do have a third story that's longer completed, but this one is a Christmas story. I had hoped to get this one illustrated and put up for free at TG Comics for the holiday, but that fell through because of several issues that are going to be next to impossible for me to work around. Femur was very gracious and supportive - as always - but can't publish it there due to some of the content. (There's children in the story, and even though their role is non-sexual, there's a strict "no minors" rule for content on TG Comics. Why? The credit card providers require it.)

Last of all, my goal for the summer is to turn my outlines for the sequels to "Under Her Skin" into stories. That would put something like a two year gap between the original story and its sequels, with time to illustrate and format for publication. That seems like long enough. (I know, I know ... maybe a little too long.) After that, I have a script I'm aching to write. Along the way, I expect I'll keep writing stories to keep myself interested like I did with "Head Games," the Christmas story and the four short stories.

It's a labor of love, but I ache to share it with all of you! Now all I have to do is find a cover image from Shutterstock to use with those darn short stories and the longer one for next month ...
Posted by Miss Sara James at 7:47 AM No comments:

HEAD GAMES: My first eBook for sale at Amazon. 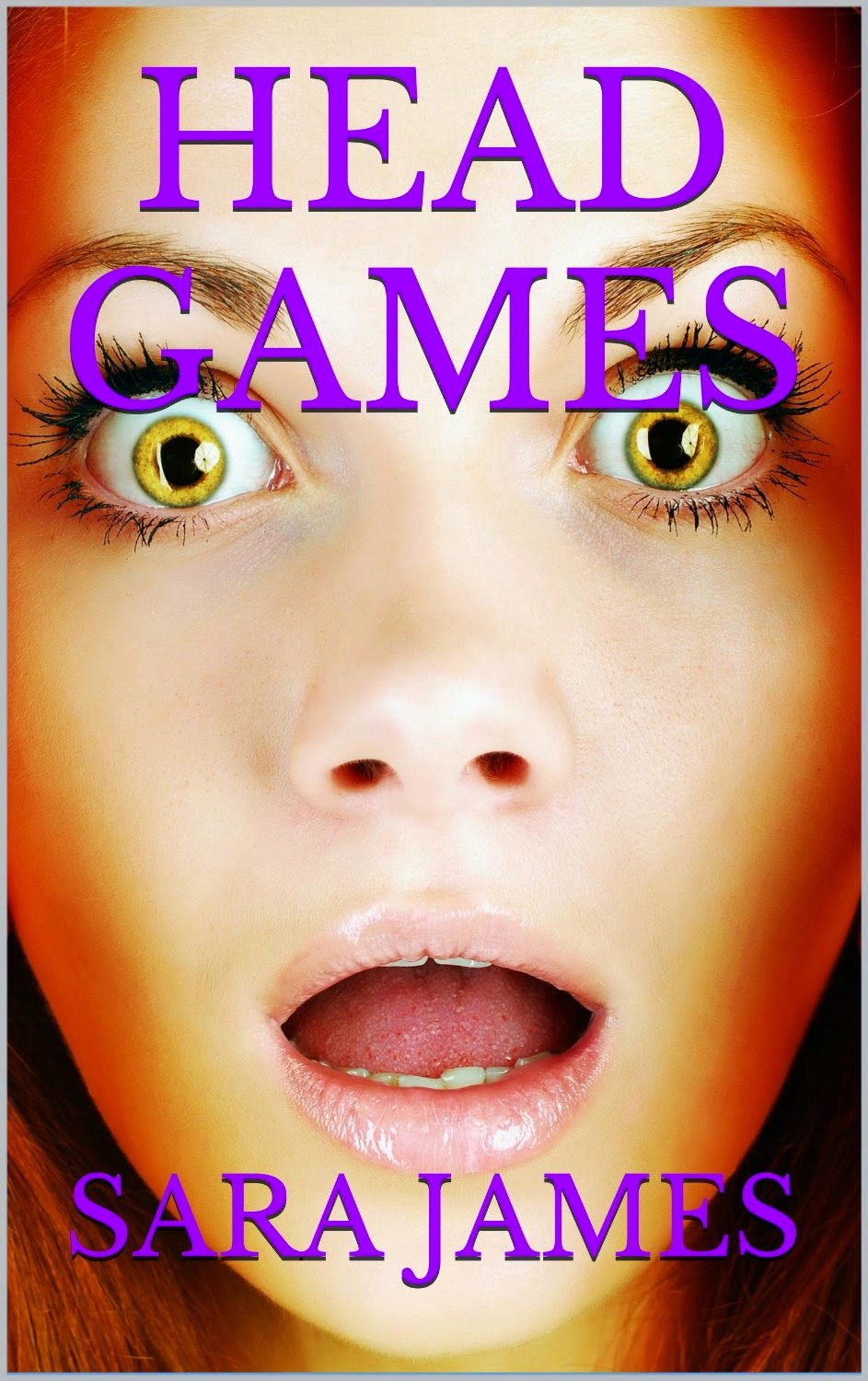 I have my first eBook up for sale at Amazon. The name of the book is "Head Games." I just put this up yesterday afternoon and it already has some sales before I've even had a chance to promote it at TG Comics, here or on my Twitter account, which really shocked me. I'm very excited to begin self-publishing and hope to have some more of my finished stories up for sale soon.

Five friends abducted by aliens try to escape captivity with the assistance of two less than helpful strangers. With their heads separated from their bodies and attached to strange machinery, an unexpected malfunction starts a chain of events that leads to their escape. But at what price? Not all of them will live, while some that do will find their lives transformed forever.

As is normal with Amazon, the first 10% of the book is up for preview so you can read some of the story for free. Go check it out!

Posted by Miss Sara James at 9:34 AM No comments:

I'm out of time this morning to do a full post. This post is a placeholder for the formal announcement. In the meantime, if you're curious, please visit my post at TG Comics for more information.
Posted by Miss Sara James at 6:02 AM No comments:

In case you haven't figured this out yet, I'm an author. Words are my medium of choice. Which is what makes the fact that I have seven completed but unpublished works a little frustrating. I'm working towards publishing two of the longer works on Amazon. The problem of the moment is cover art.

I've been playing around on Shutterstock trying to find photos I can use for the story I want to publish, HG. At the same time, I finished up a Christmas story that I'd like to give away at TG Comics, but to do that, I have to find art. I also have another longer story, BaM, that's close to completion that will also need cover art. I was so desperate that I opened DAZ 3D for the first time in months to toy with the option of creating my own art work. Then I remembered: my content library is really, really shallow. Making my own images isn't really option without investing a lot of time and some money that I don't really have. Far easier if I could find photos I can use at Shutterstock.

Just ... really frustrated at the moment.
Posted by Miss Sara James at 7:32 AM No comments: