Last post for bit, I promise. Just let me get this thought out and I'll go right back to work.

I both love and hate finishing a story. On the one hand, it's done. Yay! On the other hand, the story is then fixed. Boo! Scenes you've imagined that have no place in the final draft have to go in the dustbin. Things that contradict the continuity must likewise be discarded. It doesn't matter how much you like a particular scene, character, turn of phrase or outcome. If it doesn't serve the story, it's got to go. Unless you want the story to suffer, which is - let's face facts - just plain sadistic. Or is that masochistic? After all, bad editing decisions tend to hurt the author more than anyone else.

I hate having two good endings. I've made my decision about which one I've chosen, but for now, as long as the ending remains unwritten, both of them still exist as possibilities. Like Schrodinger's Cat, they are, for the moment, still both alive.

But one of these cats must die. Observation requires an outcome.
Posted by Miss Sara James at 5:14 PM No comments:

The Voice I Write In

While third person omniscient is a common voice to write in, I try to remember the lesson of Faulkner. In "As I Lay Dying," each chapter is narrated by a different character. Each voice is distinct. Each chapter reflects the nature of the character's unique perspective on events as they unfold.

Now, I'm no Faulkner. I do, however, try to inform my third person omniscient narrative with a little first person point of view. The voice I use from story to story is a mix of my voice as the narrator and the voice of the character.

All of which is to say that the main character of my next story is not a very nice person and it would serve him right if someone washed his mouth out with soap.

I recently bemoaned over at Twitter that I didn't have an ending yet for a story I'm working on. I've been working on it this week while I'm vacation. Now the problem I have is that I have two possible endings. One is dramatic/hopeful. The other is tragic/literary/a real downer. The artist in me wants to have the main character learn nothing and become a victim of his own misogynist prejudice. In the happier ending, I still leave him at the bottom of a hole created by his misogyny, but he has a ladder to get out of it.

I suppose I have found a cover image or two that could work. Now I just have to make a decision. (Decisions, decisions.) All of which is to say this post is me procrastinating.

Time to dive in and do some work.
Posted by Miss Sara James at 10:19 AM No comments: 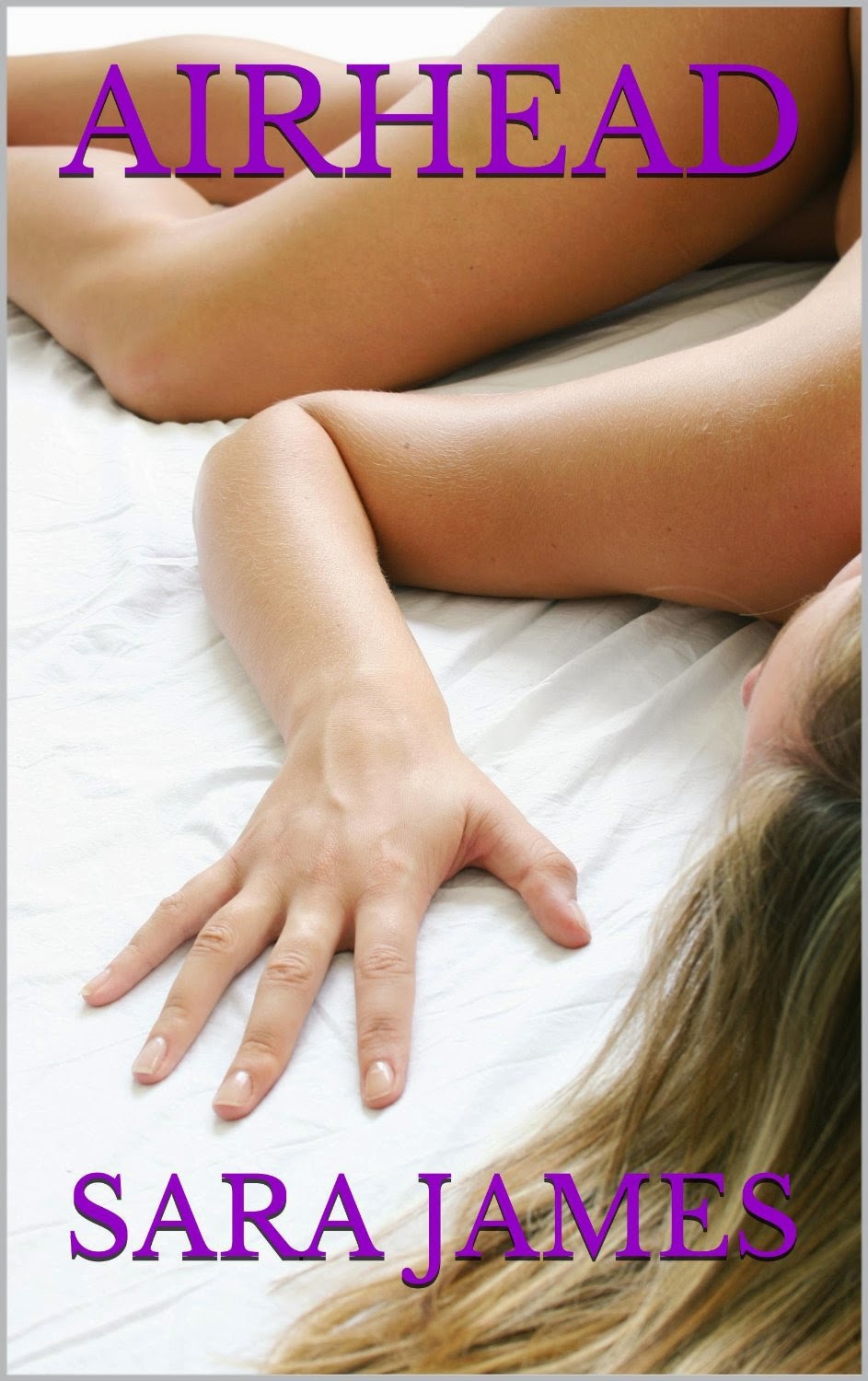 I know, I know ... nothing published for so long, then so many all at once. This is what comes of procrastination. Having hoarded these stories so long, I have a lot to share. Enjoy it while it lasts. By the end of summer, I'm going to be out of things to publish.

"Airhead" is the sequel to "The High Price of Inflation." Two down, two to go!

Trapped in her new existence as an inflatable love doll, this former man's future seems grim at best. When change comes for her at long last, she's grateful to escape the prison her life has become. Given the smallest taste of freedom, her past as a man may not be enough to prevent her from embracing a future as not just a woman, but as the willing slave to the man that stole her life.

"Airhead" includes some pretty graphic sex, some minor BDSM and the literal objectification of a woman. Can't get too sassy with your man when he can pull your plug and turn you into a limp piece of inert plastic at any moment! The story comes in at 11 pages in my preferred format. Amazon's estimate is 16 pages. For $2.99, the price is right. It reads best if you've read the first part of the story, but there's enough of a recap at the beginning to get the new reader up to speed. Why not check it out today?
Posted by Miss Sara James at 4:33 AM No comments: